Victory for British Steel! Prime Minister personally steps in to Protect the Steel industry after meeting with me and Andrew Percy MP 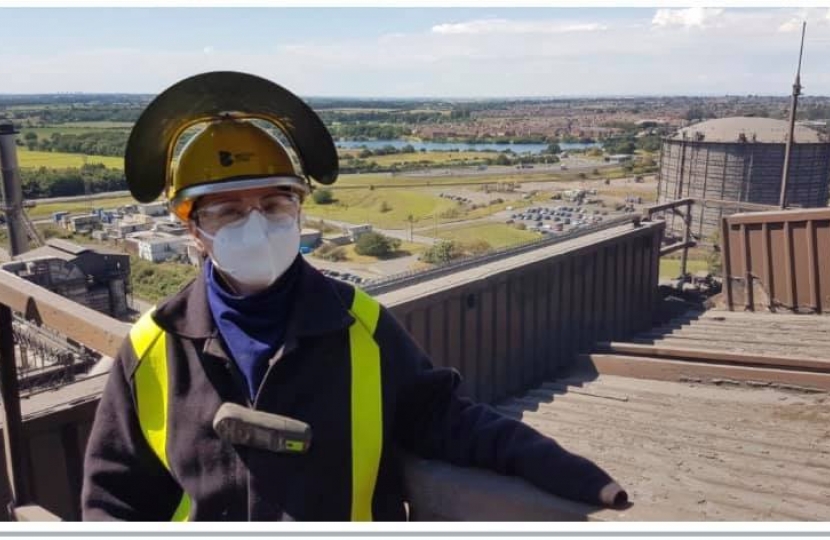 Trade Secretary, Liz Truss has today laid legislation that will expand her powers to maintain crucial steel safeguards on products made in Scunthorpe. This follows a campaign by myself and neighbouring MP Andrew Percy on this issue.

You can read the legislation here and the International Trade Secretary's Written Statement here.

Having worked closely with UK Steel and British Steel over the weekend, I am grateful for the helpful briefing packs and legislative proposals put forward for Members of Parliament on this matter.

The decision was welcomed by British Steel, who now see Steel safeguards extended for every product category they produce.

A spokesperson for British Steel said:

"We're really grateful for the support that has been given by Holly and we appreciate that the Government has intervened to protect British Steel. This is good news for all UK Steelmakers, our thousands of employees and the many more supply-chain companies that we work with."

Today is a good day for Steelmakers in the UK and I'm absolutely chuffed to bits that working with the PM, the Secretary of State for International Trade Liz Truss and Kwasi Kwarteng Secretary of State for Business, Energy and Industrial Strategy we’ve achieved this. We've got a Prime Minister who understands Steel, the PM’s instinct is to protect this vital industry and he proved it again today. He took the time to meet with Andrew Percy, myself and other Conservative Steel MP’s to understand the issue and to step in to protect our steelworks. This is an incredibly complex legal issue and had the government not stepped in then it could have cost the steel industry £100 million a year and hit local jobs. It's been an extremely busy week (and weekend!), with myself, Andrew Percy, and colleagues from the Conservative Steel Caucus speaking multiple times with the Trade Secretary and the Business Secretary and speaking to colleagues to find a solution.

Labour has previously run attack ads on Facebook against me accusing me of "not turning up" to a steel debate, despite the fact I spoke out against the TRA decision in the actual debate and defied a three-line whip to vote against their motion.

It really is bitterly disappointing that Labour has decided to try and divide us during what was a difficult time for our community – they should know that the best way to deliver for our Steel industry is by working constructively cross party and with government, as me and many of my Conservative colleagues did over the weekend. While I worked day and night to find a solution, Labour chose to snipe from the sidelines.

I was born in Scunthorpe and grew up locally, my grandad worked at the steelworks for 30 years. I know how important this is to our area. As long as I’m the MP for Scunthorpe I will always stick up for our area. Anything that relates to the steel works is personal to me and local people can trust that I will fight for our area.

This could have been a real hammer blow for the steel industry, I’m delighted the Conservative Government stepped in to prevent this from happening.

Championing our local steel industry is a huge part of my job, given the importance of Government support for our steelwork's competitiveness.