Trade Bill votes, our steel industry, and protecting our NHS 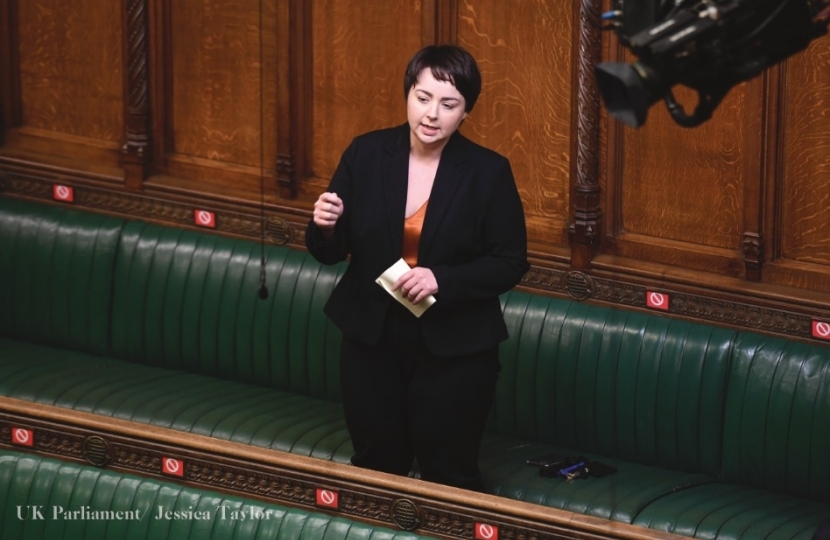 My statement to residents regarding my vote on NC17 of the Trade Bill last night.

Any continuity agreement that we roll-over once we leave the EU will contain the same protections for the NHS that the European Union provided for it. These deals have already been scrutinised when it was passed in both the European Parliament and our Parliament "the first round"  - but I will explain that there are further mechanisms for scrutiny later.  If Kier Stammer, who tabled the NC17 amendment, genuinely believed that the EU has been selling our NHS through these same trade deals which we are a party for so many years why did he campaign so strongly for us to remain in the EU?

The Trade Bill, and this amendment does not deal with "new" trade deal negotiations with other countries that we do not have an existing deal with through the EU, such as the US. In fact, the Government has already ruled out the NHS in its UK-US negotiation objectives. It noted, in its document, that ‘the price the NHS pays for drugs will not be on the table’, and neither will its services. The need to protect the NHS is mentioned over fifty times in the negotiation objectives, and it is known to be a red line in any trade deal with us. (https://assets.publishing.service.gov.uk/government/uploads/system/uploads/attachment_data/file/869592/UK_US_FTA_negotiations.pdf).

As you can see, the amendment is in principle something that the government is already doing in its approach with countries that we do not currently have a deal with through the EU. The amendment is a point-scoring exercise that, within the scope of the Trade Bill, will not call for any meaningful change and is there only to stir public outcry. The opposition party has previously used the same tactic with the "vote" on NHS and care home testing- which has caused a lot of unnecessary pain and anxiety for our NHS staff and carers. As opposed to their fearmongering, NHS staff, care workers, and care home residents are now receiving regular testing from the Government.

I know that oftentimes members and the opposition table amendments not because they want to change the law, but to start a debate. Frankly, I welcome these debates because they are the enriching parts of our democracy, and oftentimes the government would revisit the drawing board to ensure that positive changes to the law reflecting the spirit of the amendments are made.

The agriculture and environment standards amendments were one such case. I have previously written a lot about the difficulty in implementing these amendments when similar amendments were tabled for the Agriculture Bill which you can read here. Whilst the amendments were voted down in Parliament, it has led to the increase in powers given to our Food Standards Agency, and the establishment of a temporary Trade & Agriculture Commission to explore how the spirit of the amendment can be implemented smoothly. These steps were very much welcomed by our farming union.

I am also disappointed that Labour party MPs have voted against the Trade Bill, as the Bill is needed to set up a "Trade Remedies Authority" (TRA). A TRA allows us to challenge unfair competition from dumped or subsidised imports. I have previously received assurances from Ministers that the TRA, if put in place, will extend current investigations on unfair steel dumping measures from companies from China, Taiwan, Indonesia, and Turkey. These dumping measures, which have damaged our steel industry, should be stopped and I am disappointed that the Labour party voted against protections for our steel.

The government is by no means perfect, and Parliament can have a final say through the  Constitutional Reform and Governance Act 2010 which will allow us to vote against trade bills that harms our NHS. It can also block the implementation of domestic elements of a treaty, thereby rendering any deal useless. This goes much further than countries such as Australia and New Zealand, where Parliament cannot directly block ratification of a trade treaty.

I stood on a manifesto that stands to protect our NHS. We have seen throughout this crisis the billions that have been put in to help our NHS and I intend to stand by my manifesto commitment. I hope that this has clarified the comments surrounding yesterday's votes.

"Virtual Apprenticeship Fair" to bring together local students and businesses

I am very pleased that North Lincs Council have taken on my suggestion to hold an "apprenticeship fair", so that young people and businesses in our area can benefit from these opportunities.