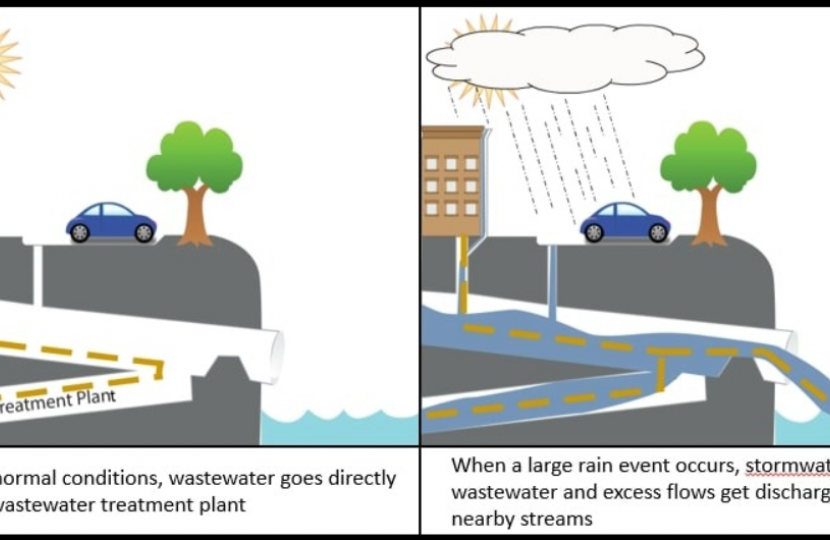 Many residents have asked me about the recent vote on sewage and I hope the information below will be helpful.

Britain’s sewer system is old, much of it dates back to the Victorian era. At times when the system is unable to cope, for example, due to extreme rain, then water companies are permitted to release rainwater run-off and excess water, which may be mixed with sewage into rivers and the sea. The purpose is to help protect homes and streets from being backed up with water and sewage.

The proposed amendment to the Government's Environment Bill included significant measures to reduce sewage discharges into rivers - it’s important to bear in much of the amendment was accepted.

Like many others, I am naturally concerned about discharging storm overflows into rivers and agree that we must do better and take steps to make some real improvements. The original amendment did not include a full impact assessment or a plan on how to deliver or pay for the changes which made it very difficult to support.

I'm pleased to say that yesterday the Government put forward plans to table another amendment to "tighten up" existing regulations by creating a precise legal duty on water companies to reduce their use of storm overflows, whilst protecting customers from disproportionate price hikes. This will resolve my previous dilemmas regarding this.

I'm of course willing to take any fair criticism, such as how this should have been dealt with sooner by successive governments. However, the idea that there is a huge conspiracy to fill our rivers, streams or seas with sewage is simply not correct. The government does have a plan to address this issue, and I have included a factsheet that highlights the reasonable steps that will be taken as part of the Environment Bill. 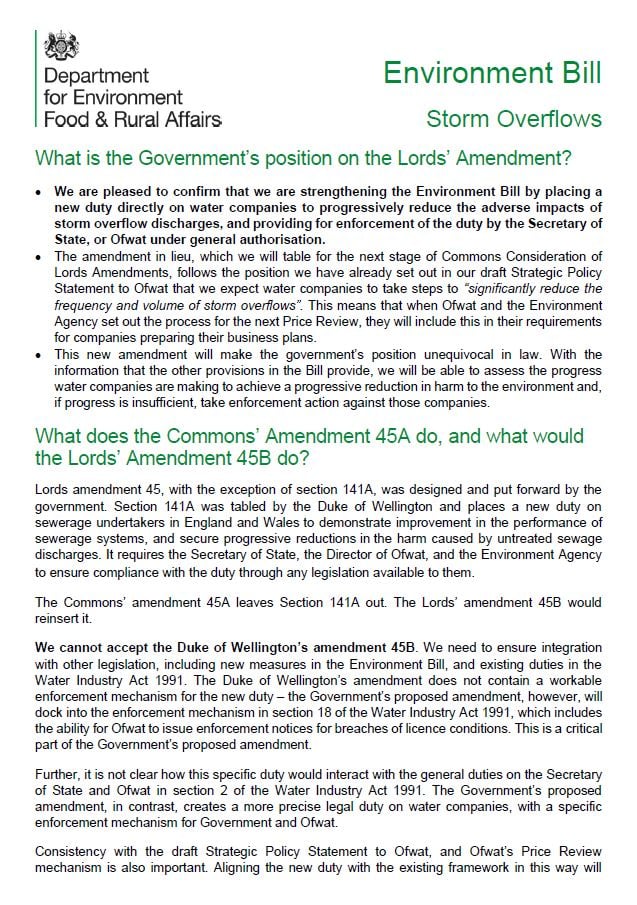 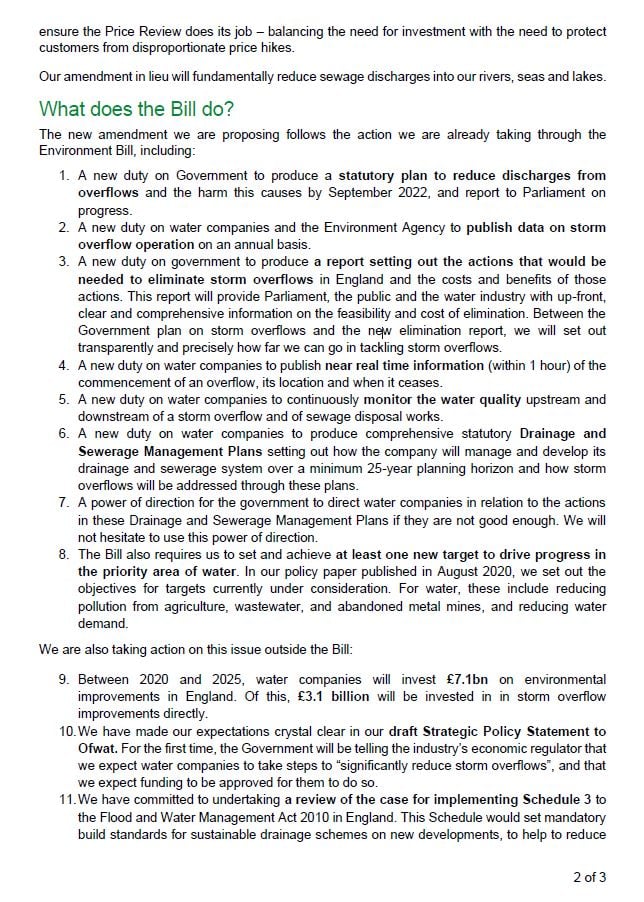 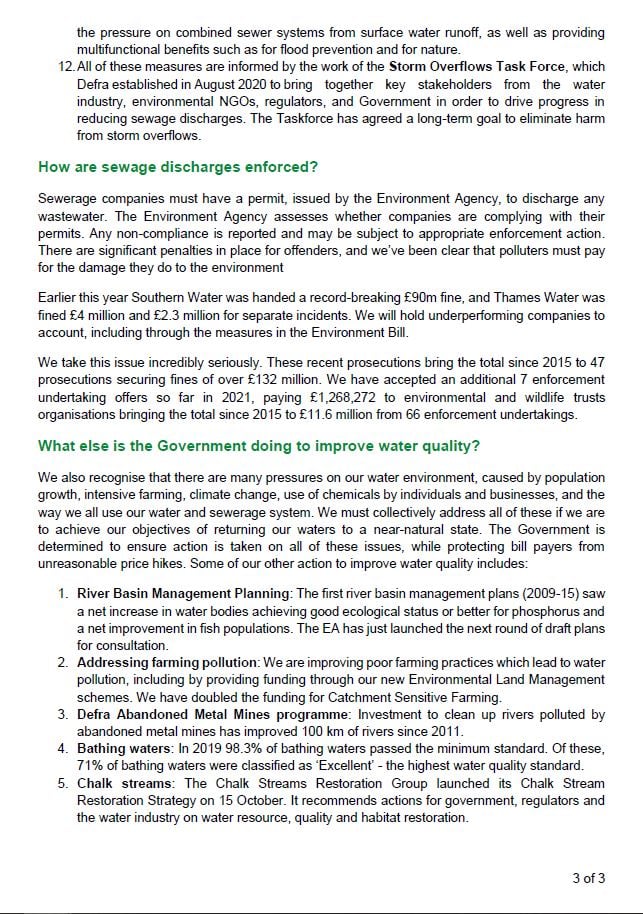 The government has today announced that they will be introducing 'Harper's Law' to Parliament, which will extend mandatory life sentences for those who cause the death of an emergency service worker whilst committing a crime.