The government has today announced that they will be introducing 'Harper's Law' to Parliament, which will extend mandatory life sentences for those who cause the death of an emergency service worker whilst committing a crime. The proposed legislation follows the awful death of PC Andrew Harper, and follows incredible campaigning by his widow, Lissie Harper. The Justice Secretary has written to MPs on this, and you can read his letter below. 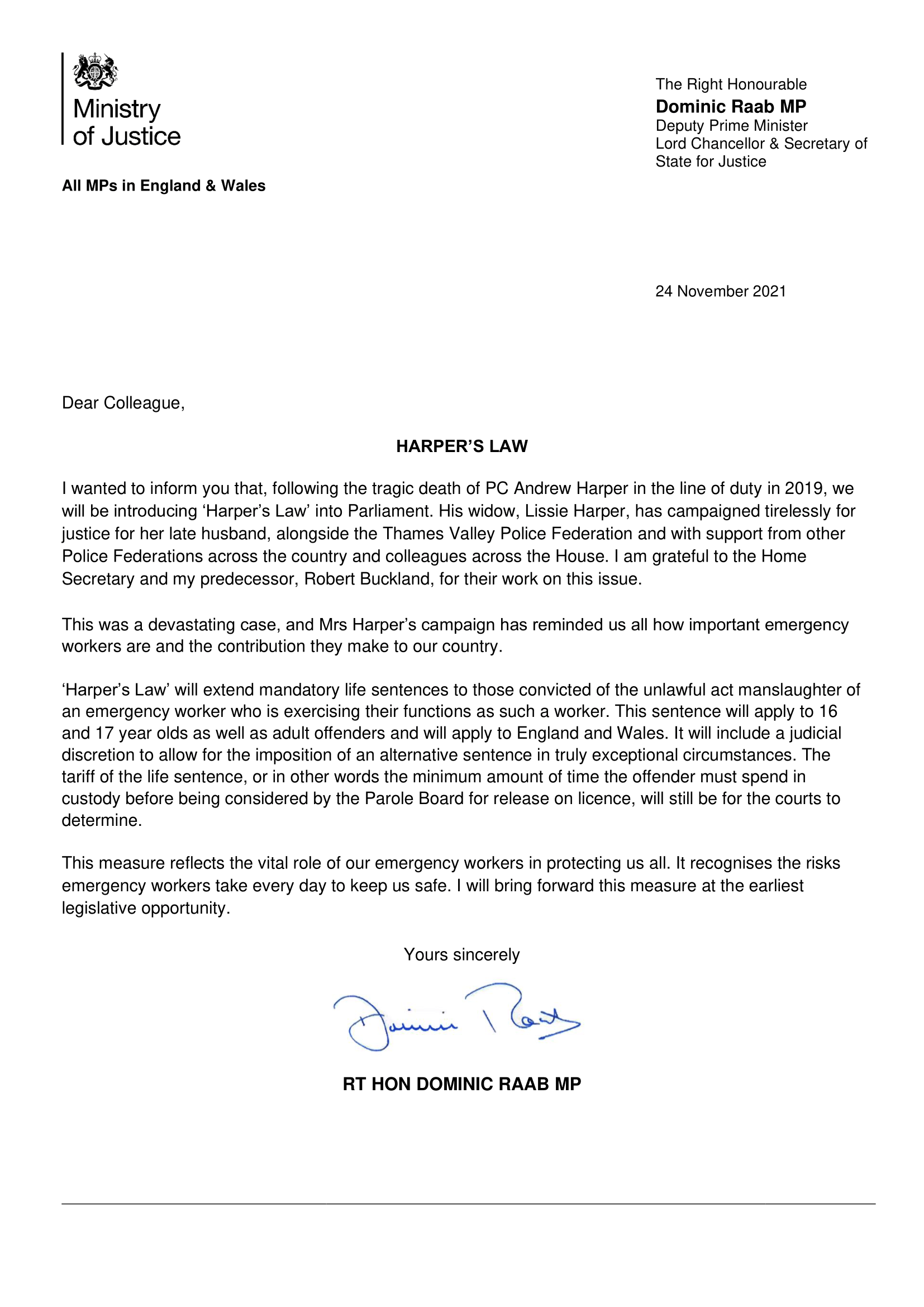 This newsletter is one of the regular updates I send out to residents in Scunthorpe. You can sign up to it here.